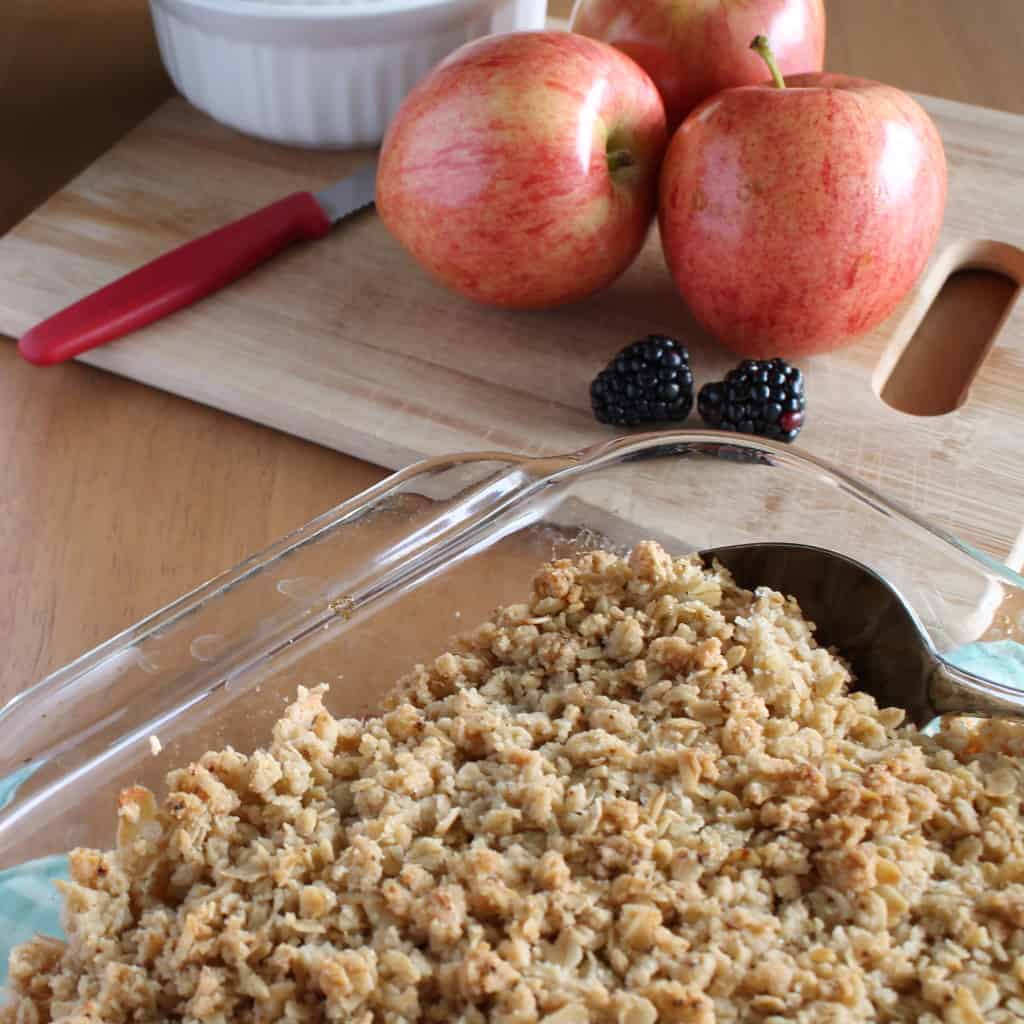 This time of year, when the air is cold and the wind is harsh, nothing hits the spot more than a bowl of hot apple crisp with blackberries and coconut whipped cream.

What I love almost as much as the taste of this recipe is the memories I have associated with it.

Growing up vegan, I had many opportunities to help my mom cook, as there were very few pre-packaged vegan food items back 20 years ago–especially on the island of Guam, where we lived. We made almost everything from scratch–vegan mayo, vegan cheese, vegan lasagna, vegan granola, vegan cookies, etc.

There was one thing, however, that we rarely, if ever ventured to attempt in our vegan kitchen–at least at the beginning. Vegan cakes. One vegan cake recipe that we tried looked SO good in the cookbook, but alas, when we baked it, it was D to the DISGUSTING. (A word to the wise: Prunes do NOT belong in cakes. End of discussion.)

So, because cake was usually out of the question, if we wanted to have something sweet to bring to potluck on Sabbath or eat on a special occasion, we baked fruit crisps. We used mangoes most often, but any fruit could have made the cut.  They were all delicious. Many a Friday afternoon I spent carefully following a crisp topping recipe scribbled on a piece of greasy, food-stained scrap paper. 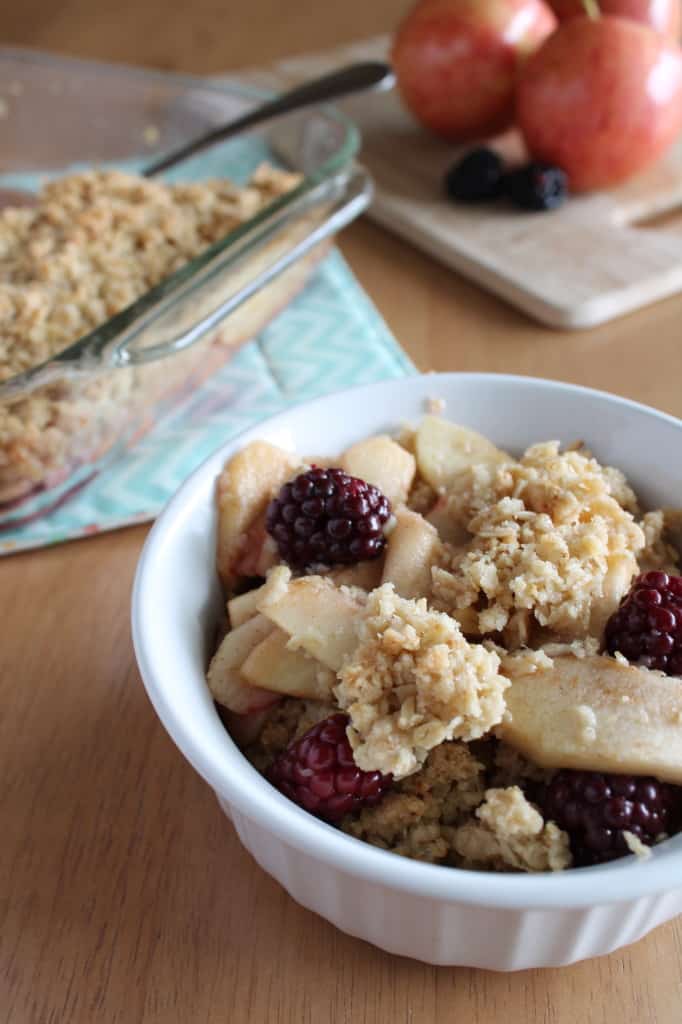 Fruit crisp memories such as these (and some bruised apples sitting on my counter) drove me to attempt to recreate that crisp from my tween years.

No, it isn’t the same recipe, but it is just as tasty, if not more so.

I know you’re going to love it just as much as I do.

Here are just a few hints for making a fabulous crisp. 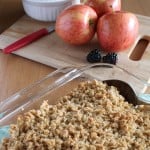