It’s time for a reality check. The kind that you may not want to hear.

Earlier today, I was reading a women’s fitness blog. You know, the kind where beautifully lean and perfectly-fit-even-though-I’ve-birthed-10-kids (exaggeration, but you get the point) women share their workouts and recipes with the world wide web. Don’t get me wrong. I LOOOOoove those blogs. They inspire me to work harder and eat better.

But then, sometimes I just have to be honest with myself and with all of you.

I’m not perfect. And, sadly, I don’t eat kale and quinoa every day (as much as I love kale and quinoa). I don’t even eat fresh vegetables every single day (even though I really do try). Sometimes, when I wake up in the morning, all I want is this: 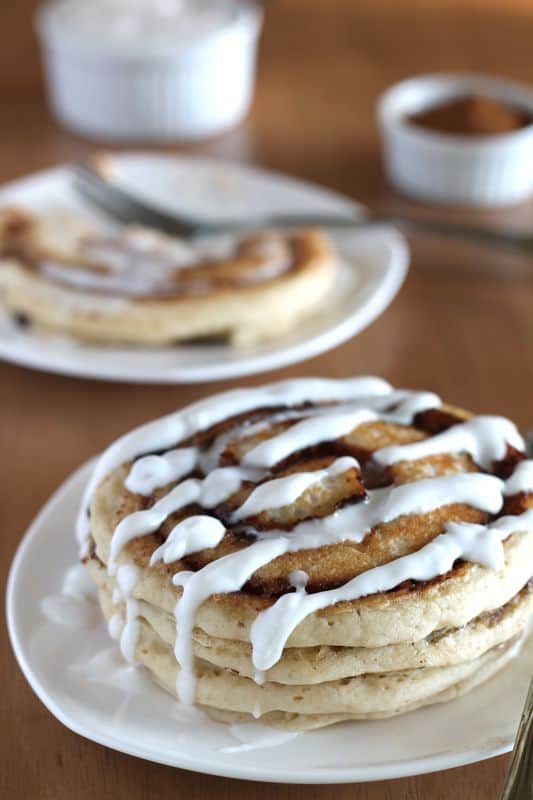 Yup. I’m trying to be okay with the fact that I can still appreciate the person God made me to be and love life while still having a treat every once in awhile (okay, a little more often than that). (And yes, I’m working on being a little more temperate too.)

From the moment I first saw the idea of a cinnamon roll pancake on Pinterest from Recipe Girl, I’ve been smitten. And then, I probably took about a year or two just to figure out that I could make it vegan. And then, I just never got around to trying. 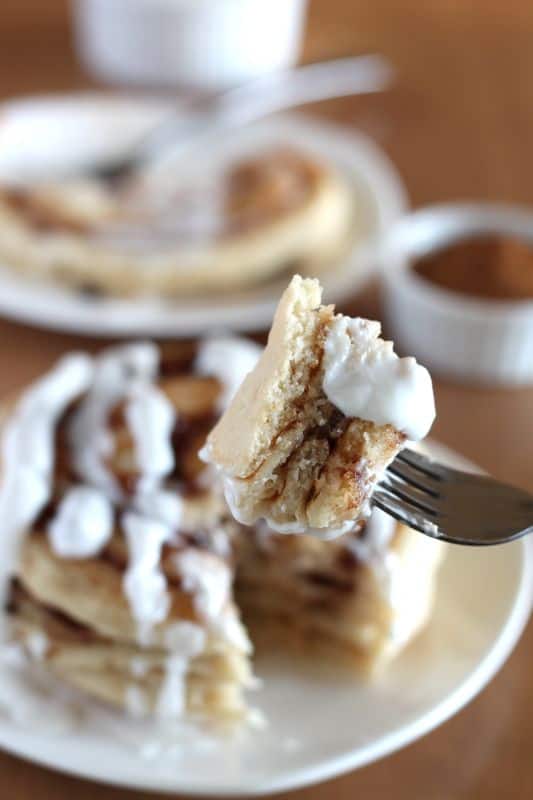 Go ahead. Take a bite.

In the middle of this photoshoot, I couldn’t just stare at breakfast anymore and took a stab at my background stack.

A few moments later, when my mind caught up with my mouth, I’d already eaten half of it. 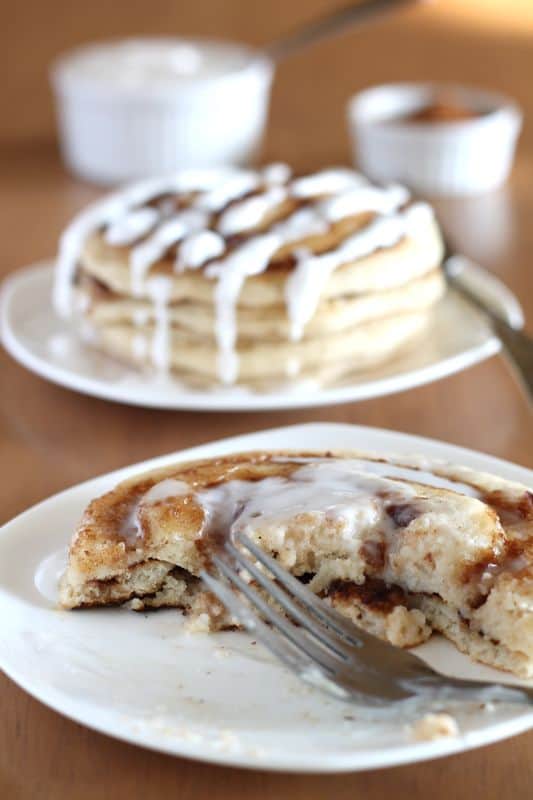 Guess I won’t be starting a fitness blog anytime soon. 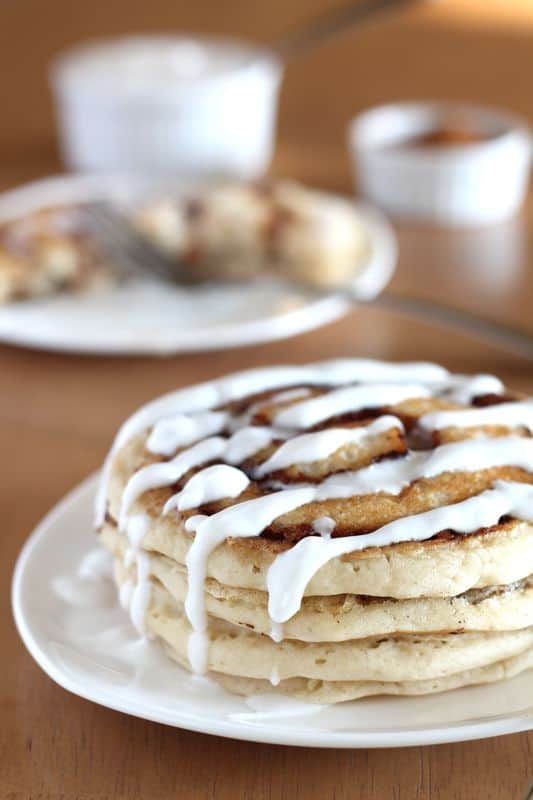 And just in case you’re like me and need a little encouragement to keep yourself from eating cinnamon roll pancakes for every meal, here’s a little food for your thoughts from my favorite Book.

“Know ye not that they which run in a race run all, but one receiveth the prize? So run, that ye may obtain. And every man that striveth for the mastery is temperate in all things. Now they do it to obtain a corruptible crown; but we an incorruptible. I therefore so run, not as uncertainly; so fight I, not as one that beateth the air: But I keep under my body, and bring it into subjection: lest that by any means, when I have preached to others, I myself should be a castaway.” 1 Corinthians 9: 24-27 (King James Version) 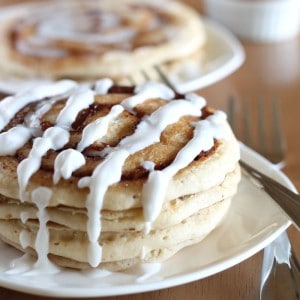 1. This recipe was inspired by Lori Lange from Recipe Girl's Cinnamon Roll Pancakes. 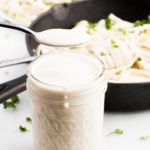 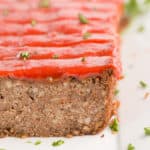 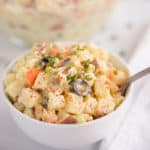 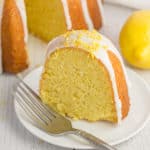 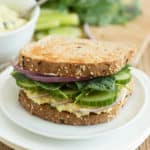