Yep. These waffles have alot to live up to with a name like that. Super Power Waffles. 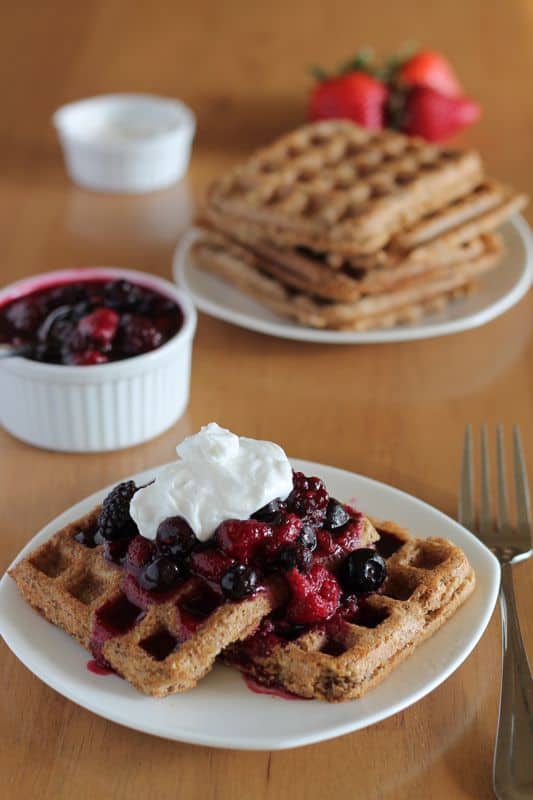 Really, though, these waffles have some super powers.

When my mom proclaimed the glories of this recipe a few weeks ago, I was skeptical, to say the least. Right now, my parents are kind of on this oil-free thingy. I mean, they eat oil occasionally, but they are pretty evangelistic about how terrible refined oils are for you. Sometimes, I’m annoyed. But, lately, I’ve been trying to be open-minded about the whole thing.

When my parents came to visit a few weeks ago, Mom convinced me to let her make an oil-free enchilada sauce that she raved about. It was surprisingly amazingly amazing! (Okay, so I kind of covered it in non-oil-free vegan “cheese,” but anyways…) 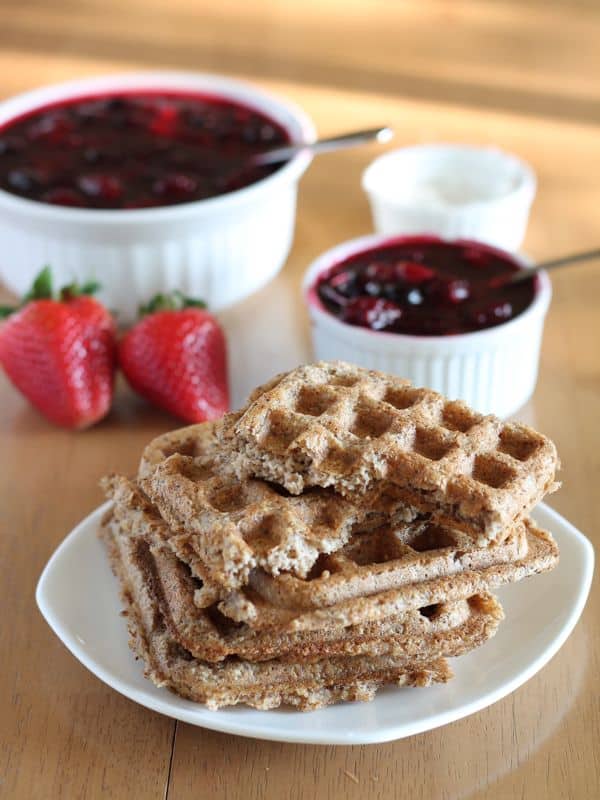 Mkay. So, my mom gave me this waffle recipe, which she got from a friend/relative, who adapted a recipe from the 7 Secrets Cookbook (affiliate link).

And then, I made the waffles.

And, I was incredulous. 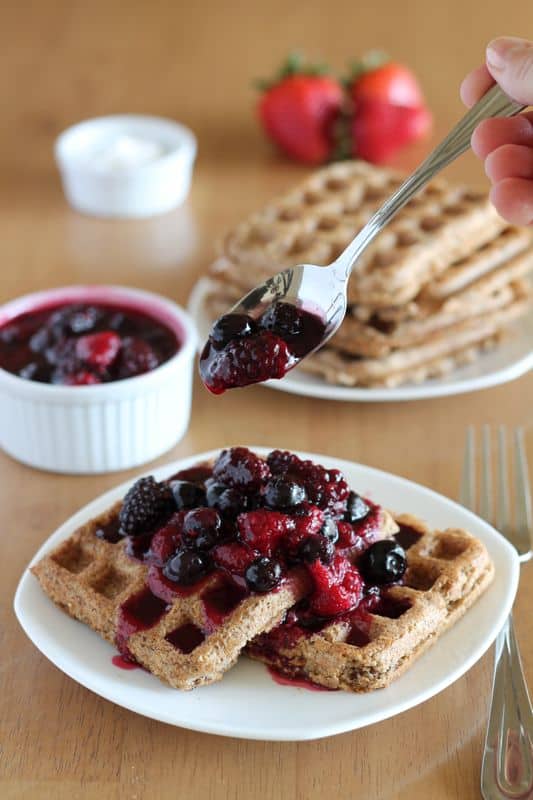 Even before the berry sauce went on, I was popping waffle pieces into my mouth left and right. (It’s a wonder there was any left to photograph.)

And then the berry sauce went on…

And then, this happened. (Leftover coconut cream from Trader Joe’s…)

Then, BAM! It was gone. Completely inhaled/devoured by myself and Jonathan.

If you’re searching for a vegan, gluten-free, oil-free, soy-free, sugar-free, everything-free, miracle-working, super-hearty, easy, … waffle recipe, then search no further. This is it, my friends.

1. If you aren’t going to be gobbling up these waffles immediately, I would definitely recommend placing them directly on an oven rack on super low heat (like 170 degrees F). Don’t just set them on a plate. On an oven rack, the waffle’s moisture has a chance to escape, keeping the waffle from getting soggy and “goopy,” if ya know what I mean. 2. I have not tried this recipe on a Belgian waffle iron. There is no reason why it shouldn’t work on a Belgian, but I have only used it with a traditional iron. 3. This recipe was inspired by/adapted from a distant relative of mine (Dr. Tim Howe), who was inspired by “Light and Tender Waffles” in the 7 Secrets Cookbook. *This post may contain affiliate links. As an Amazon associate, I earn from qualifying purchases.