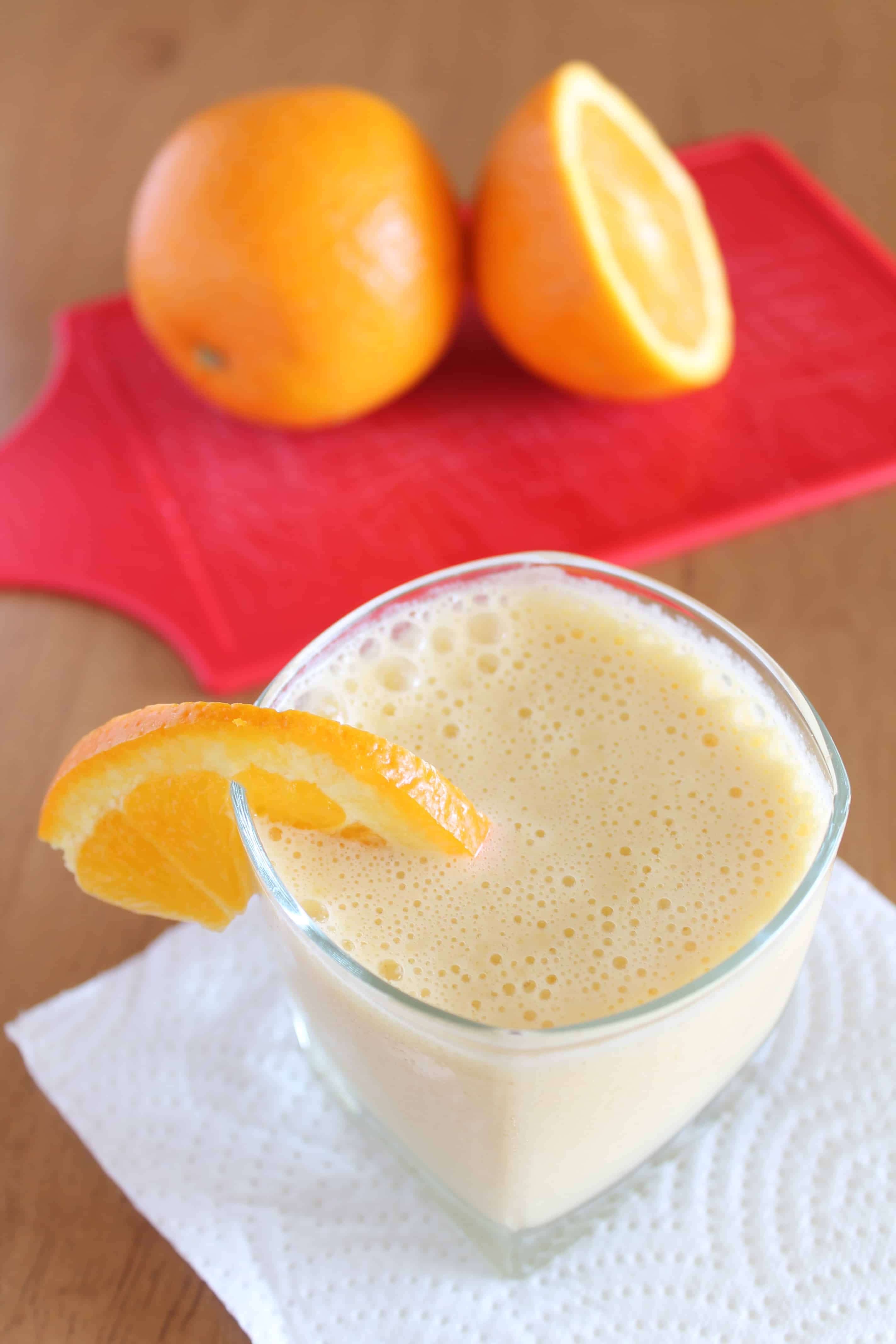 Spring has sprung in the hills of Tennessee, and that makes this girl verrrrry happy. (Except that with spring also comes tornado season. I HATE tornadoes. I don’t think I’ll ever get used to huddling in the bathroom or laundry room or basement.)

Forget about tornadoes for a moment and take a sip of THIS: 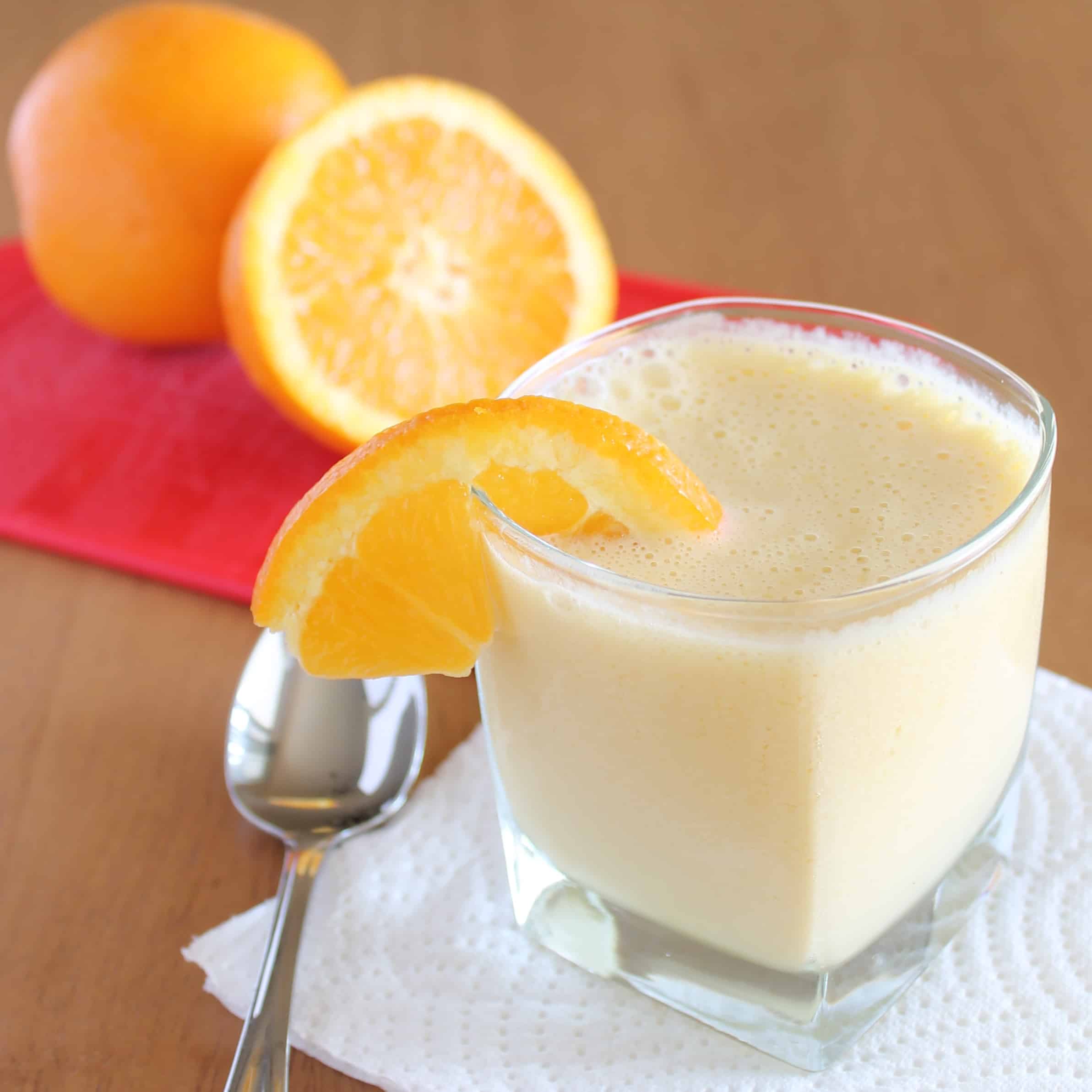 On the west coast (where I spent a few years as a child), almost every mall has (or at least, had when I was a kid) an Orange Julius. It was one of those mall foods that was really pretty good–like Auntie Annie’s pretzels and Cinnabon and stuff. For some reason, one of my fondest memories of mall shopping as a child is going to the food court and getting an Orange Julius.

So, when I veganized the Orange Julius, and drank it, I kind of felt like a happy little kid again–without a care in the world. Isn’t it funny how some foods do that for you (like mac and cheese?). Maybe the other reason I feel happy while drinking this is the fact that it reminds me of the west coast where there are no tornadoes. 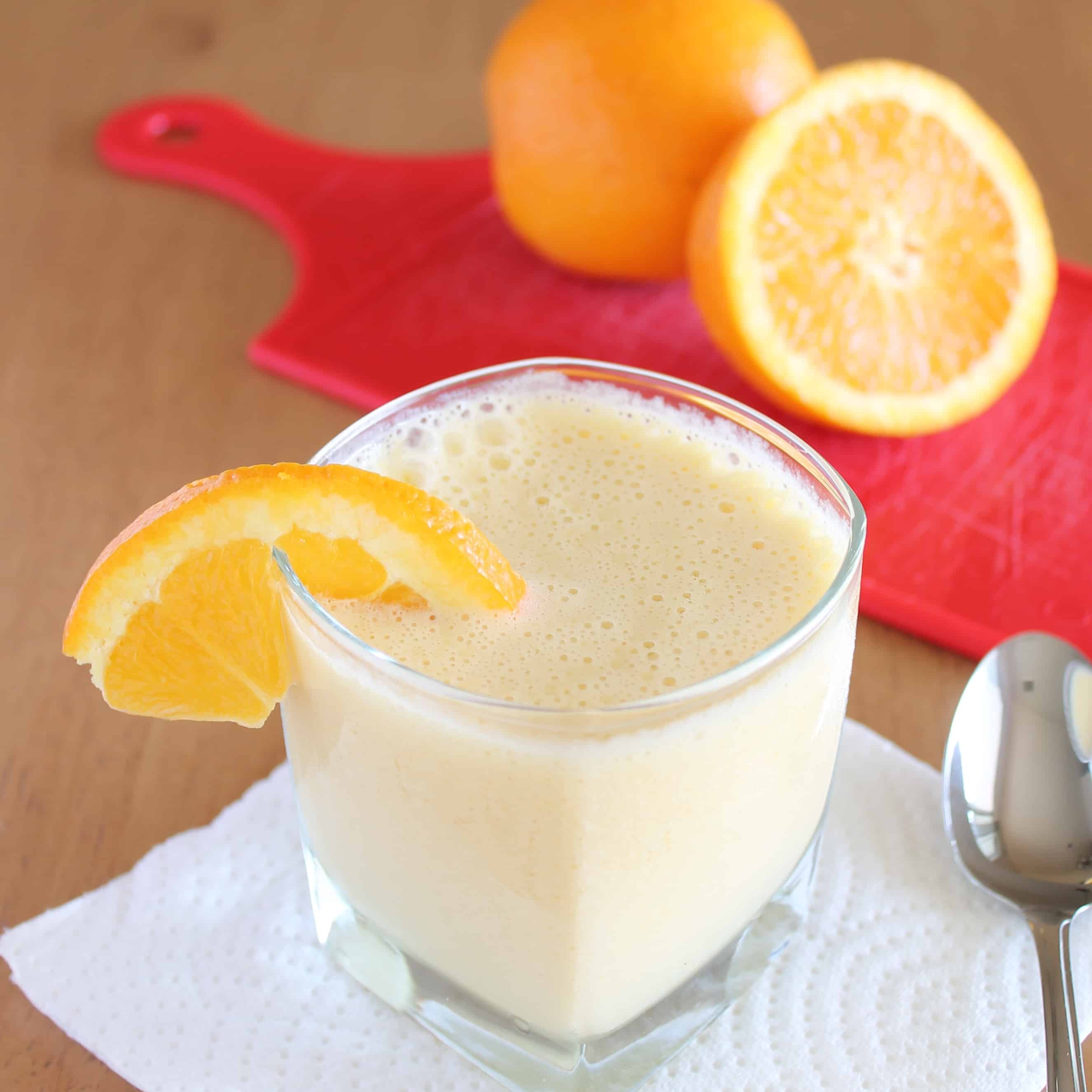 This rendition of the Orange Julius is fabulous because it is a little recipe. :) You don’t need a big tall glass of all that sugar, folks. You really don’t (my conscience speaking). If you make just a little one (like this recipe, which makes roughly 1 1/3 cup of beverage), you won’t have to feel guilty for making it more often. Plus, this recipe doesn’t have that much sugar in it–at least not as much as the real mall Orange Juliuses had (opposite of conscience speaking, whatever that’s called).

I hope you all have a fabulous weekend and a restful Sabbath. 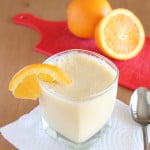