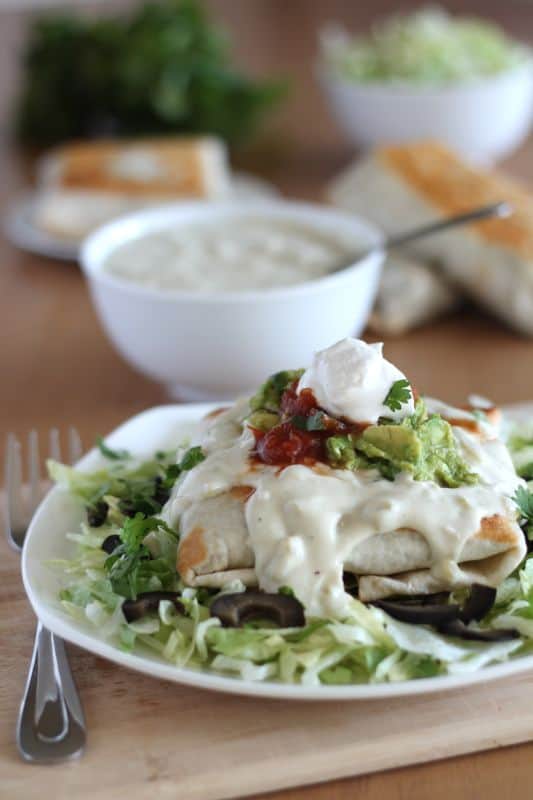 This time, I have my friend Rebecca to thank for inspiring this recipe. She and her little family know vegan Tex-Mex, and they know it well.  A few weeks ago, Rebecca introduced me again to her version of vegan baked chimichangas. They just about knocked me off my seat and were unbelievably, better-than-restaurant-quality, amazing. 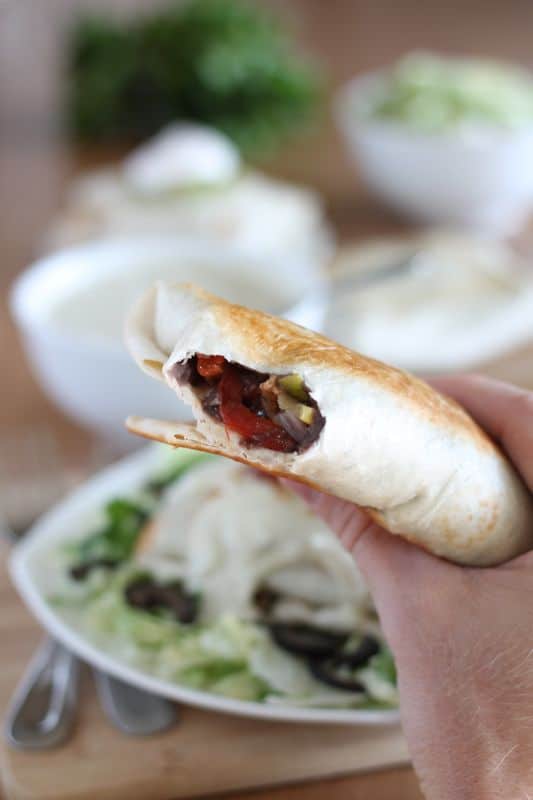 Chimichangas–other than a really cool word from Mexican restaurants’ menus–are simply fried burritos. But here’s the secret, you don’t have to deep fry them. You can pan fry or even bake them, and they’ll still be delicious.

While you can put any vegetables and beans or other protein you like in these chimis, to me there’s just nothing like garden fresh red bell pepper and squash to add texture and flavor.

And then, of course, because I think Tofutti’s Better than Sour Cream is one of the best food inventions ever, I had to throw some of that in there as well. 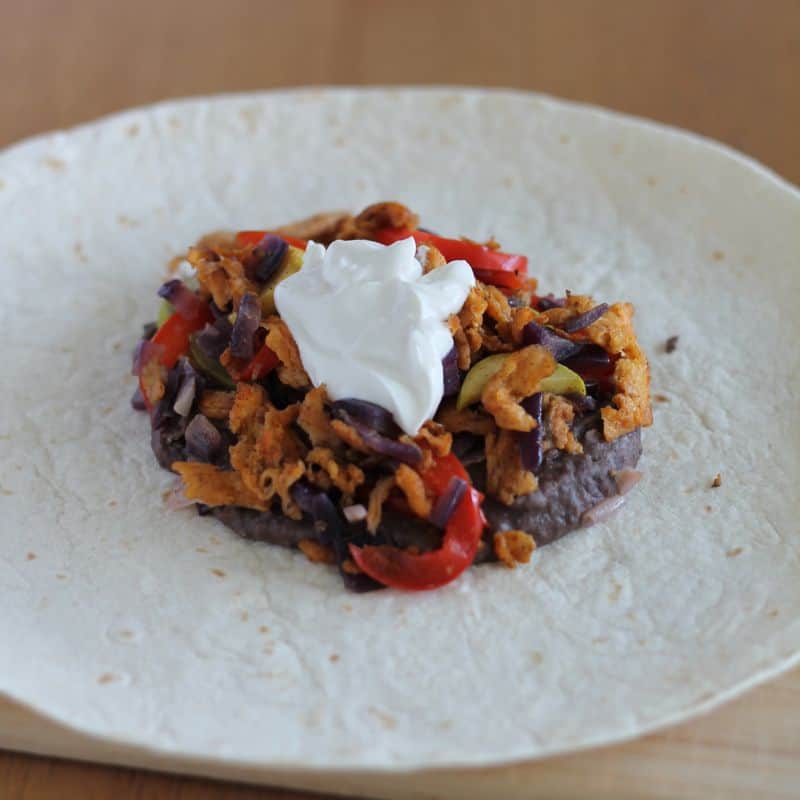 To illustrate the differences in pan-fried and baked chimis, I snapped the picture below. The chimi on the left was pan-fried, while the right chimi was baked. I didn’t find too many differences, as I used the same amount of oil on each. However, the pan-frying method allowed me to carefully control the amount of crunch on the outside of each chimi individually. When you’re baking a huge pan of chimis, You might have a tortilla turning black on the edge, and one that has barely any crunch to it in the middle of the pan, as is shown below. 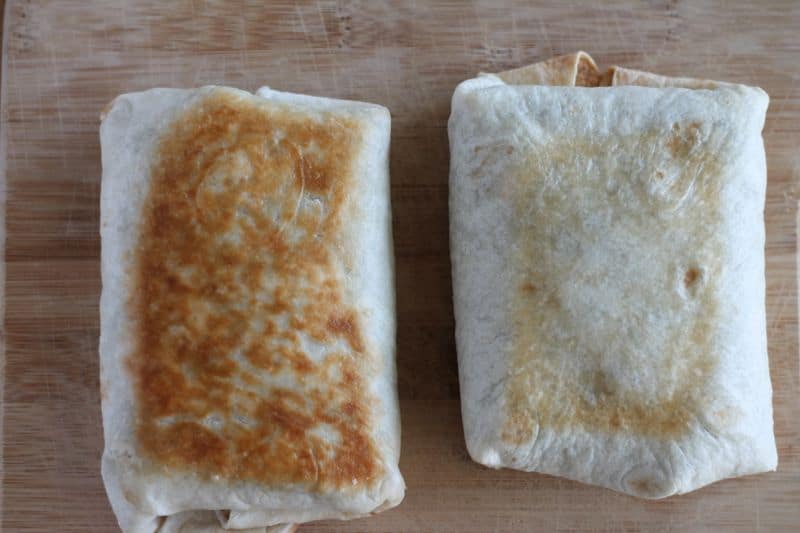 What knocks this dish out of the park is the cashew cream sauce with chopped green chiles. By the time I snapped this picture, my cashew white sauce had cooled and thickened some. Ideally, you want to serve it hot, while your sauce is a little more runny. 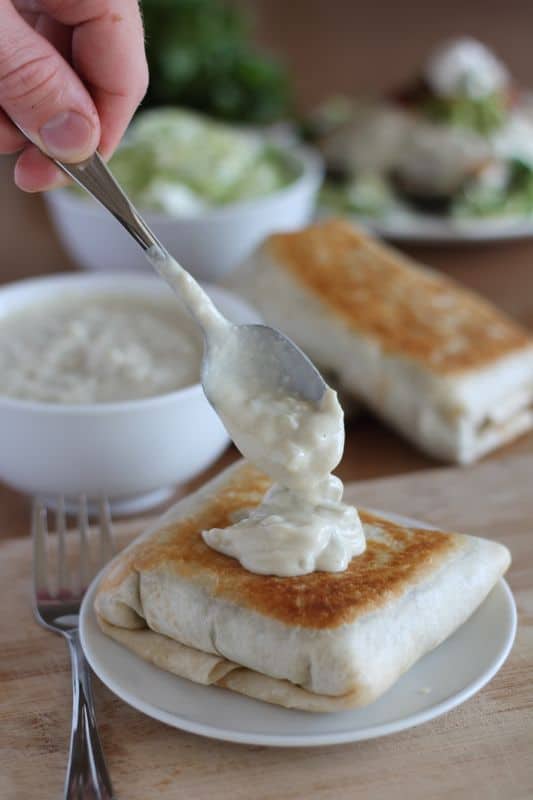 And then, you’re going to put your chimi on a bed of lettuce, smother it in cashew white sauce, olives, cilantro, guac, salsa, and vegan sour cream. You’ll want to bury your face in it. Seriously. 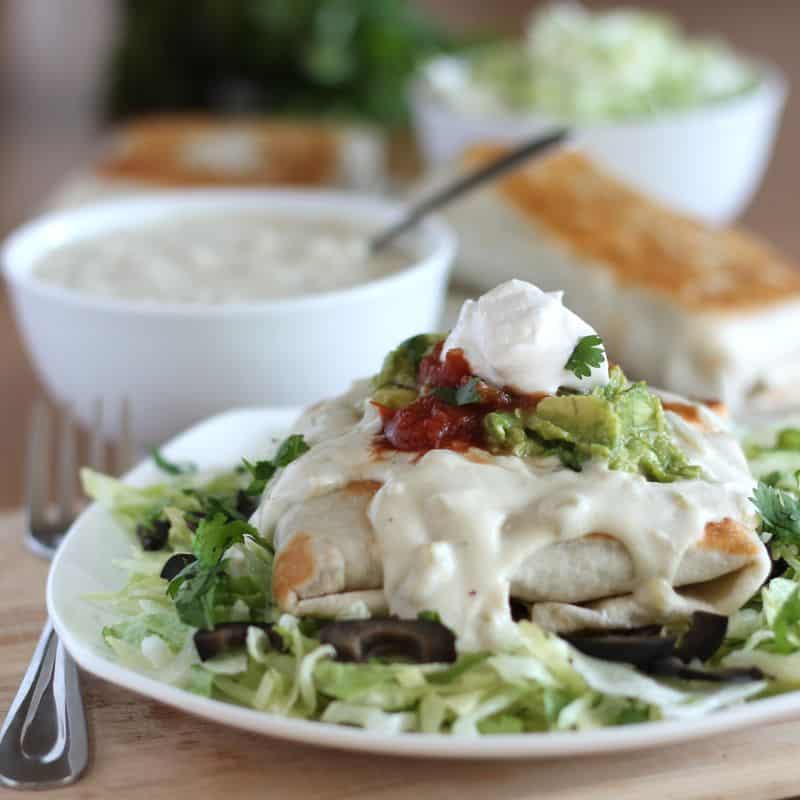 “And we know that all things work together for good to them that love God, to them who are the called according to his purpose.” Romans 8:28 (King James Version)

For the Cashew White Sauce:

For the Cashew White Sauce:

This recipe was inspired by my dear friend Rebecca who first introduced me to homemade chimichangas and the delicious cashew white sauce that goes over them.  *This post may contain affiliate links. As an Amazon associate, I earn from qualifying purchases.