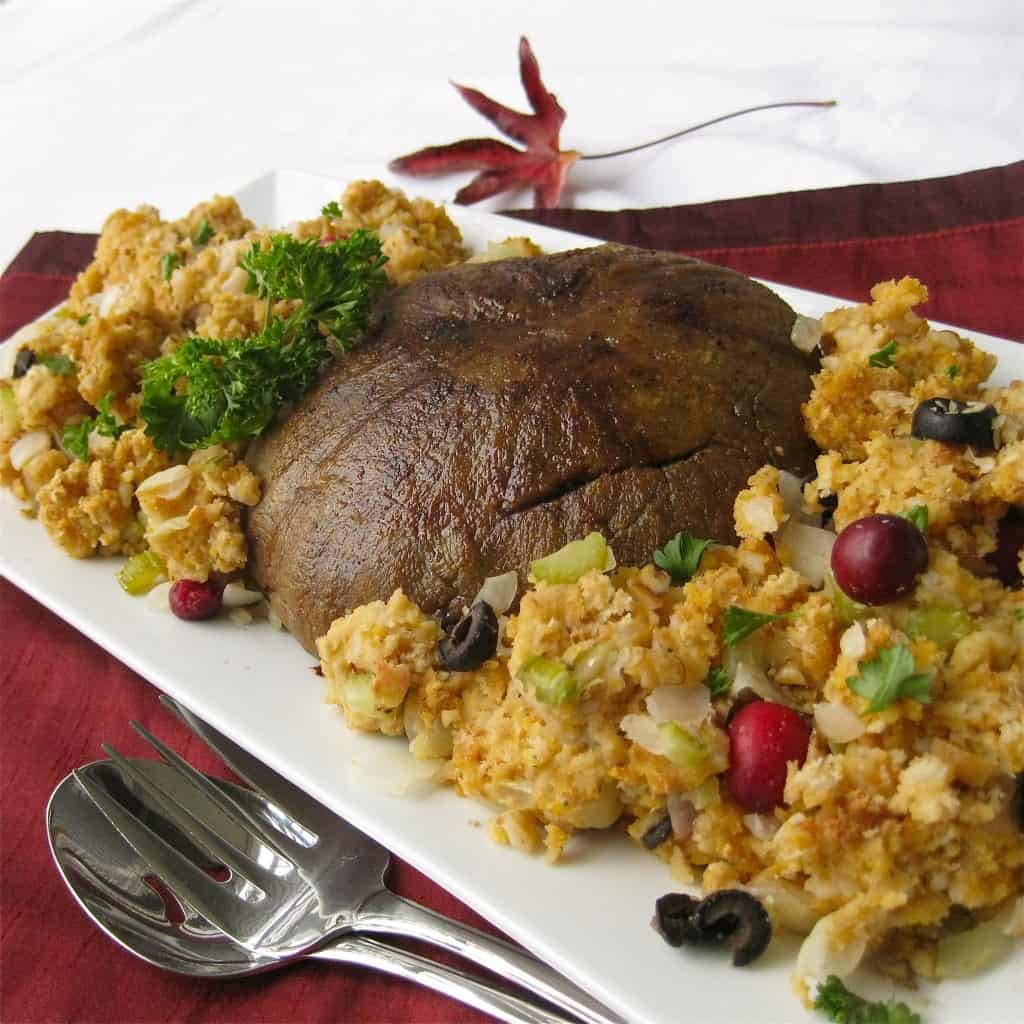 Thanksgiving is just around the corner (two weeks and two days, to be exact). And, if you’re anything like me, you’ve already started making menu plans. The only problem is that we are on a very tight budget this holiday season. My usual Thanksgiving favorites like Tofurky, Silk nog, and Tofutti frozen dessert may not make the plate this year, because I’m really trying to save money by making more stuff myself, so to speak. 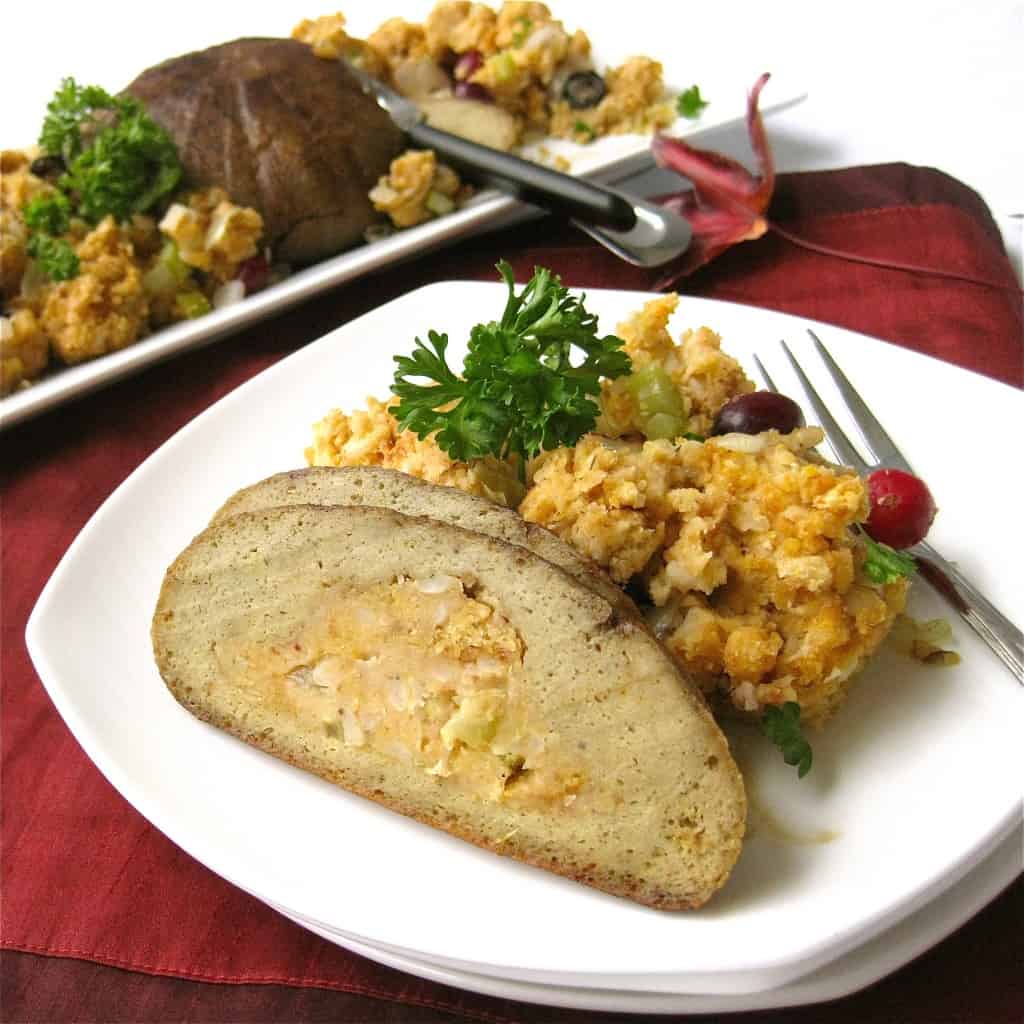 As you may suspect, there has been some experimenting going on in the VeganYumminess kitchen. And I am pleased to announce that I have fought hard and dirty with tofu and gluten flour and won victoriously! The best part of all is that this roast tastes just like tofurky, and it is SO much cheaper.

Here’s the approximate cost breakdown of the roast itself:

At my local Kroger’s grocery store, a Tofurky roast was selling for $9.99, which I think is pretty standard. I’m pretty excited about the cash saved!

I am listing the recipe for the roast itself here step-by-step, but there will be a printable version of the roast recipe and my stuffing recipe (although any vegan stuffing recipe will work) at the end of this post.

First, blend the tofu, oil, and seasonings in a powerful blender. I use vitamix, but any strong blender will work. 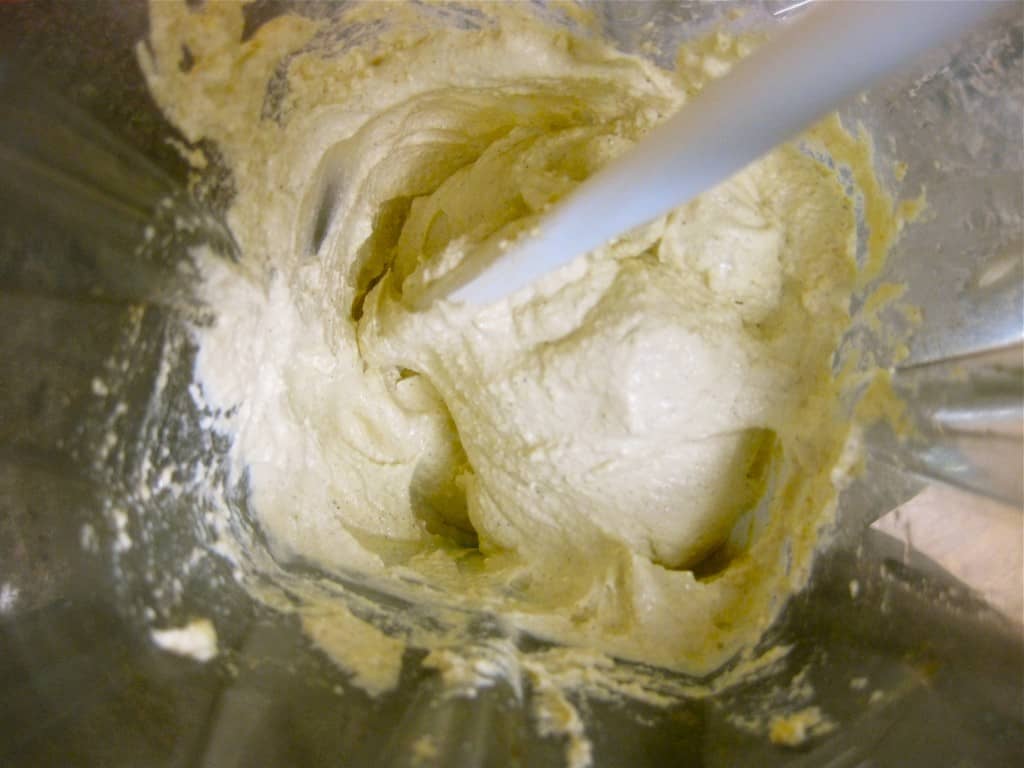 Next, move tofu mixture to a bowl, and add gluten flour, mixing gradually. Kneed with your hands until very little dough is sticking to the sides of the bowl. Separate dough in to 2 equal sections. 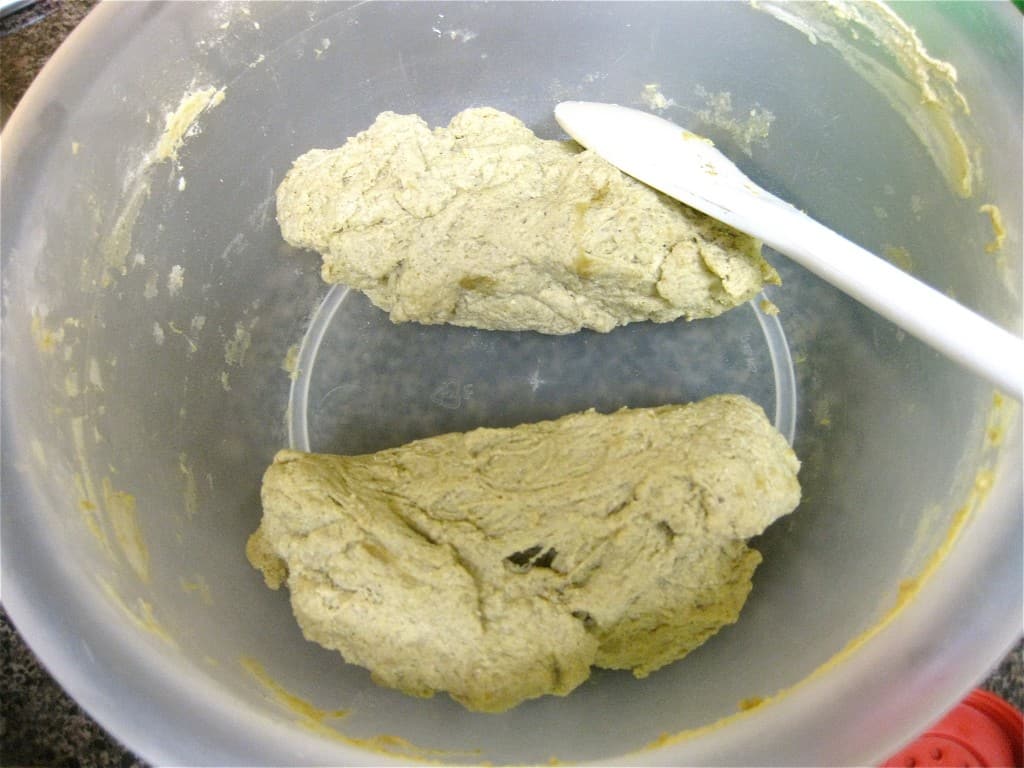 Press each half of dough into the bottom of a shallow bowl, allowing the dough to climb the side of the bowl about 1/2 inch. 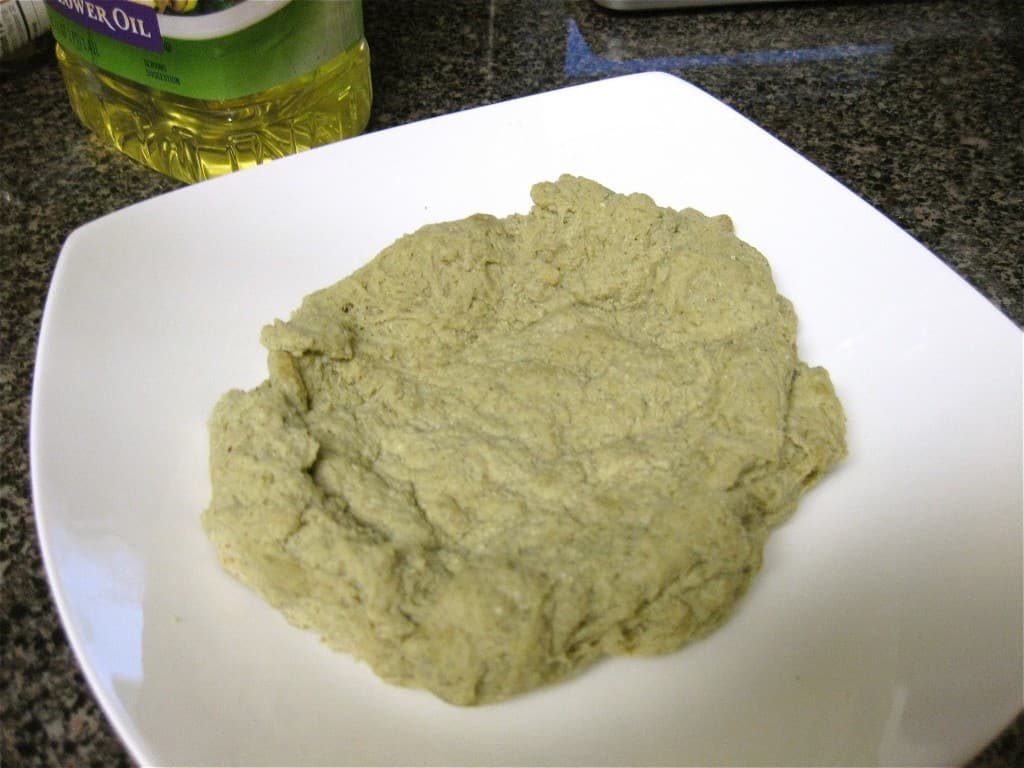 Next, spoon stuffing into the crater of one of the dough halves. Press the stuffing to form a mound. 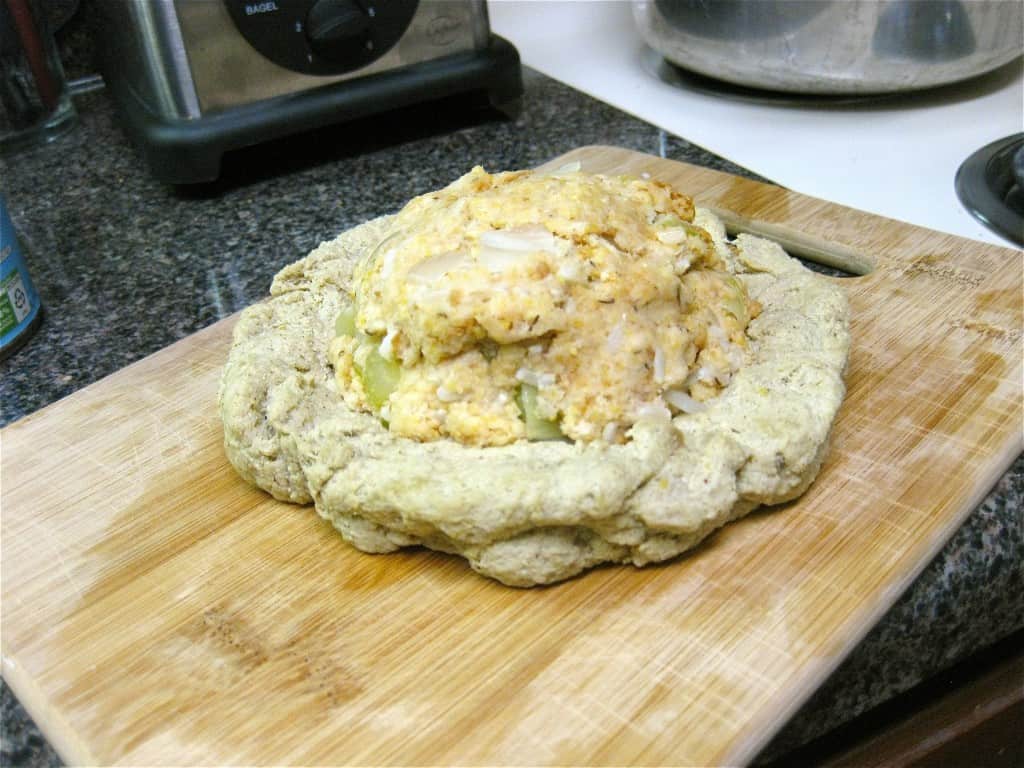 Place other half of dough on top of stuffing mound, and pinch dough edges together. Wrap the whole roast snugly in cheese cloth, tying at the top. 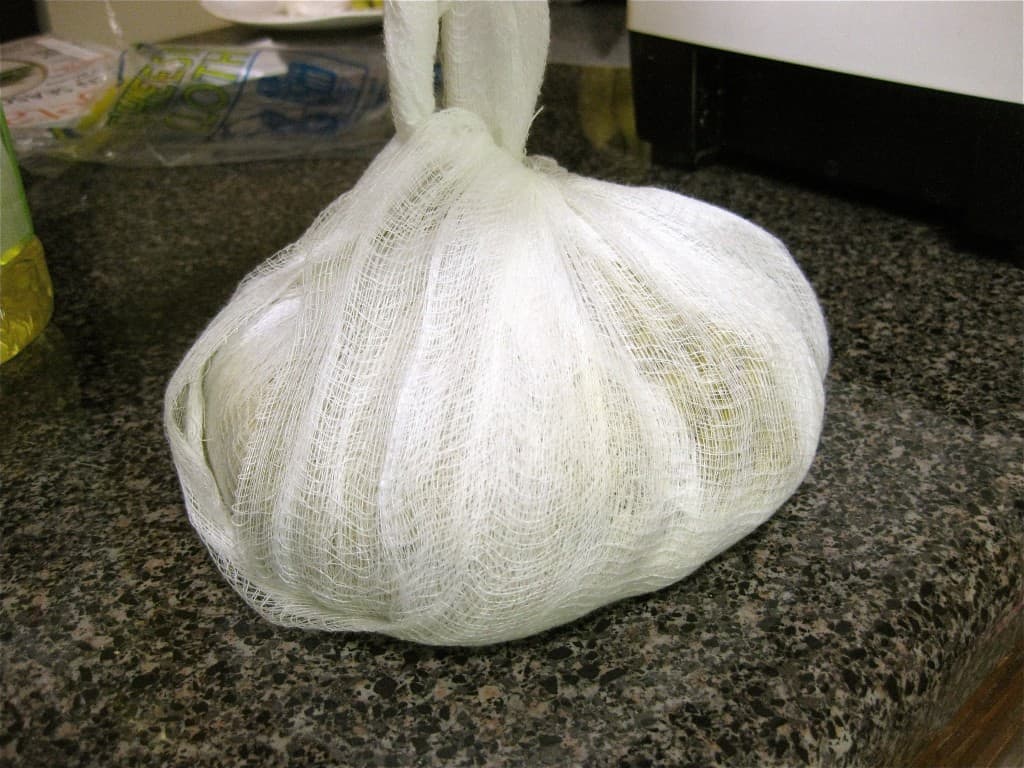 Then, wrap the whole thing in aluminum foil, and place it in your steamer and cover. Steam for 1 hour, adding water periodically as needed. This idea came from VeganDad, who makes his own vegan lunch meat by steaming  his seitan. Check out his lunch meat recipe here. 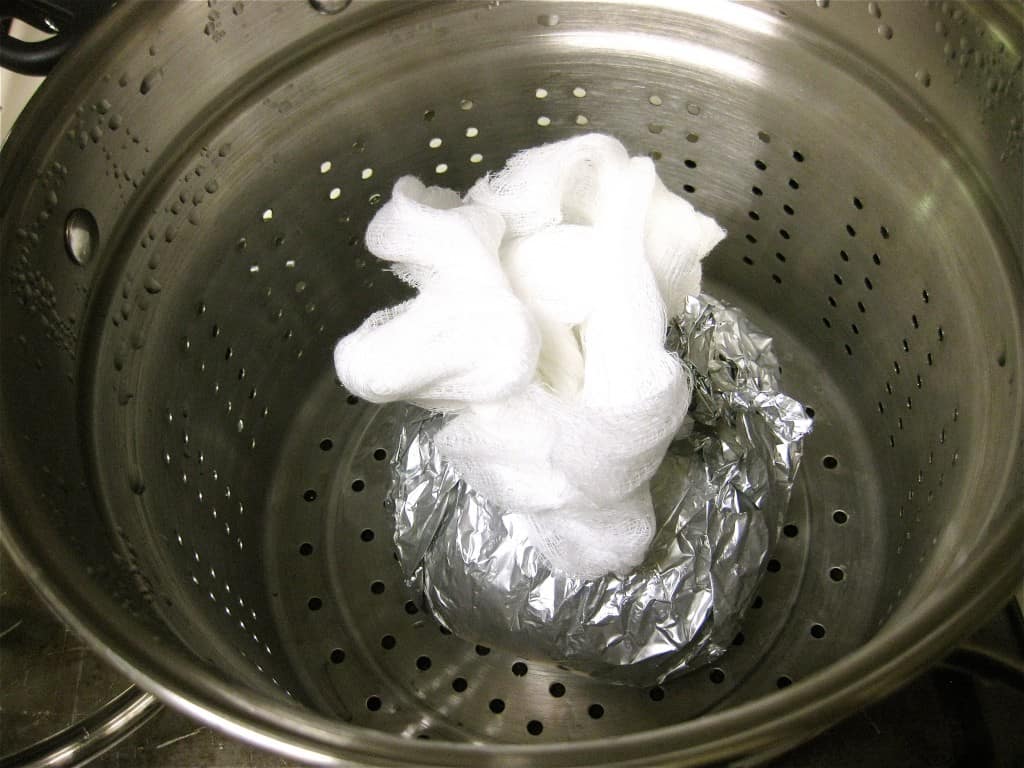 After you have steamed your roast, remove the aluminum foil and cheese cloth. Place the roast in a baking dish and pour baste sauce over the top. I used a a few tablespoons of olive oil, a few tablespoons of Bragg’s liquid aminos, 1 teaspoon of orange juice concentrate, and a sprinkle of sage for my baste. The tofurky website has some baste recipes here that look fabulous.

Bake at 350 degrees F for 1 hour and 15 minutes, approximately. Check on you roast after about 45 minutes of baking, to re-baste.

Once you take it out of the oven, you’re ready to serve. Or freeze! You could probably even freeze it after the steaming stage, so that all you have to do is bake it Thanksgiving morning. Enjoy! 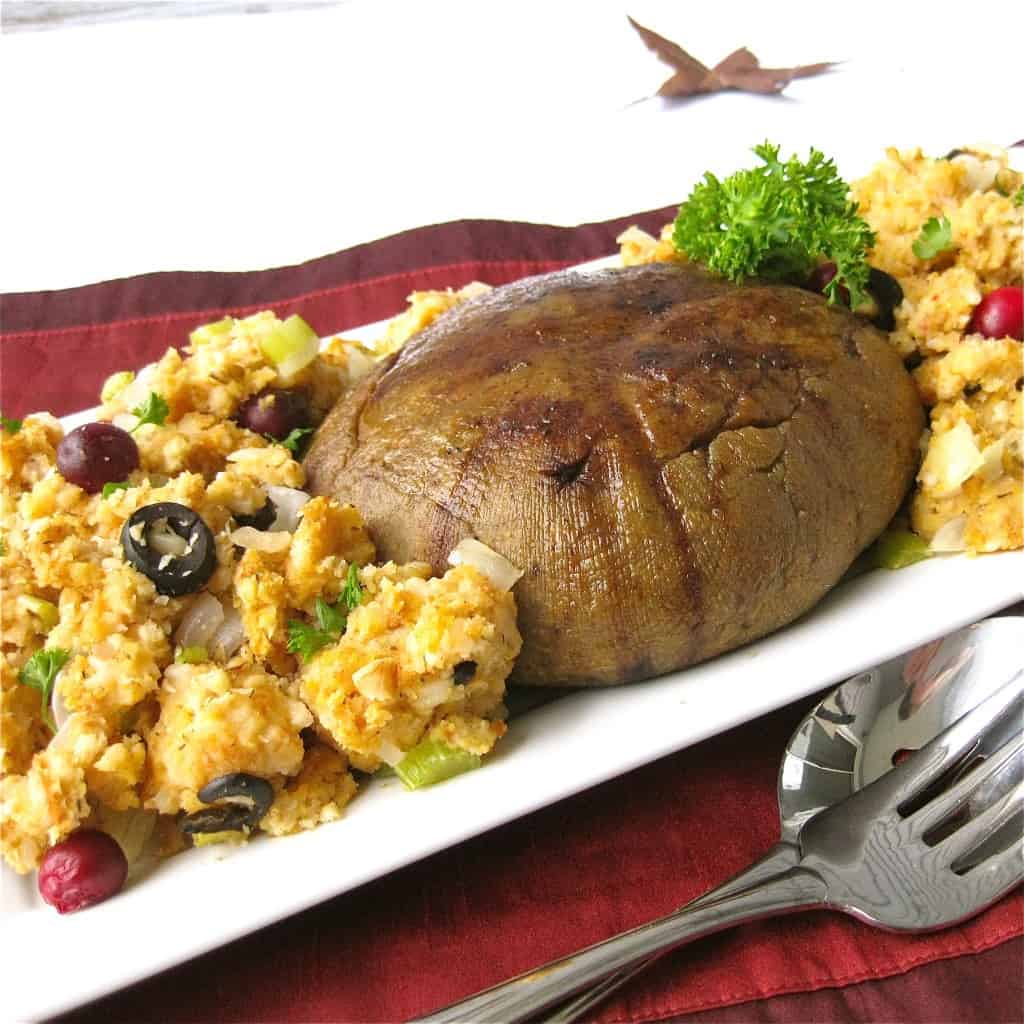 (As an Amazon Associate I earn from qualifying purchases associated with links on this page, also known as affiliate links.) 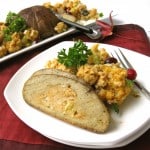 Update June, 2019: Originally, I used the baste recipe from Tofurky.com for this recipe. Unfortunately, it appears this is no longer a baste recipe available on the website. Once I have developed a baste recipe myself, I will update this recipe to include it. For now, I’d use a combination of Bragg’s liquid aminos, orange juice concentrate, and olive oil. Once I have the exact measurements hammered down, I will post them. Thanks!  This post may contain affiliate links. As an Amazon associate, I earn from qualifying purchases.