Today, I bring you what is possibly one of my very favorite recipes yet. 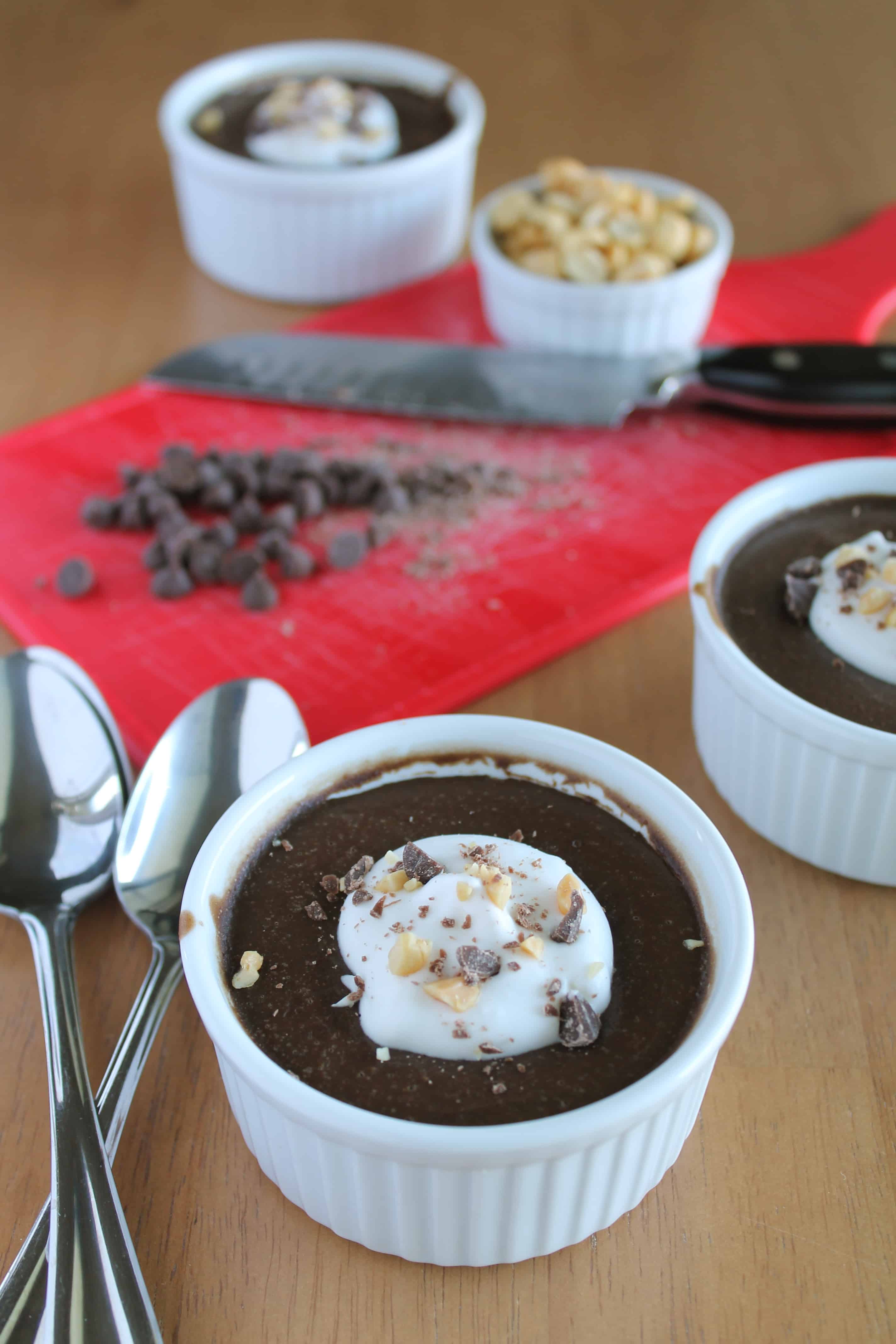 Some of you may be thinking that nothing good can come out of carob. I know, I know…it just doesn’t have the same flavor as chocolate. But, really, this pudding is SO good. You won’t miss the chocolate here. I promise.

There are a few reasons why I generally prefer carob over chocolate, but I’ll sum up for you what I feel is the most important reason. Carob has no caffeine and no theobromine (both central nervous system stimulants contained in most, if not all, chocolate). The harmful effects of caffeine are numerous and obvious–so I’m not going to get into that here. But, basically, yes. Chocolate, at least Hershey’s chocolate, has both caffeine and theobromine in it. If anyone has more expansive knowledge on this issue and would like to tell me that I’m wrong, I would be happy to hear you out. Really, I would. I looooooove the flavor of chocolate, and I would love to accept any excuse to eat more of it. Oh, and if anyone has heard of chocolate that somehow has had the caffeine and theobromine removed, I would love to hear about that too. 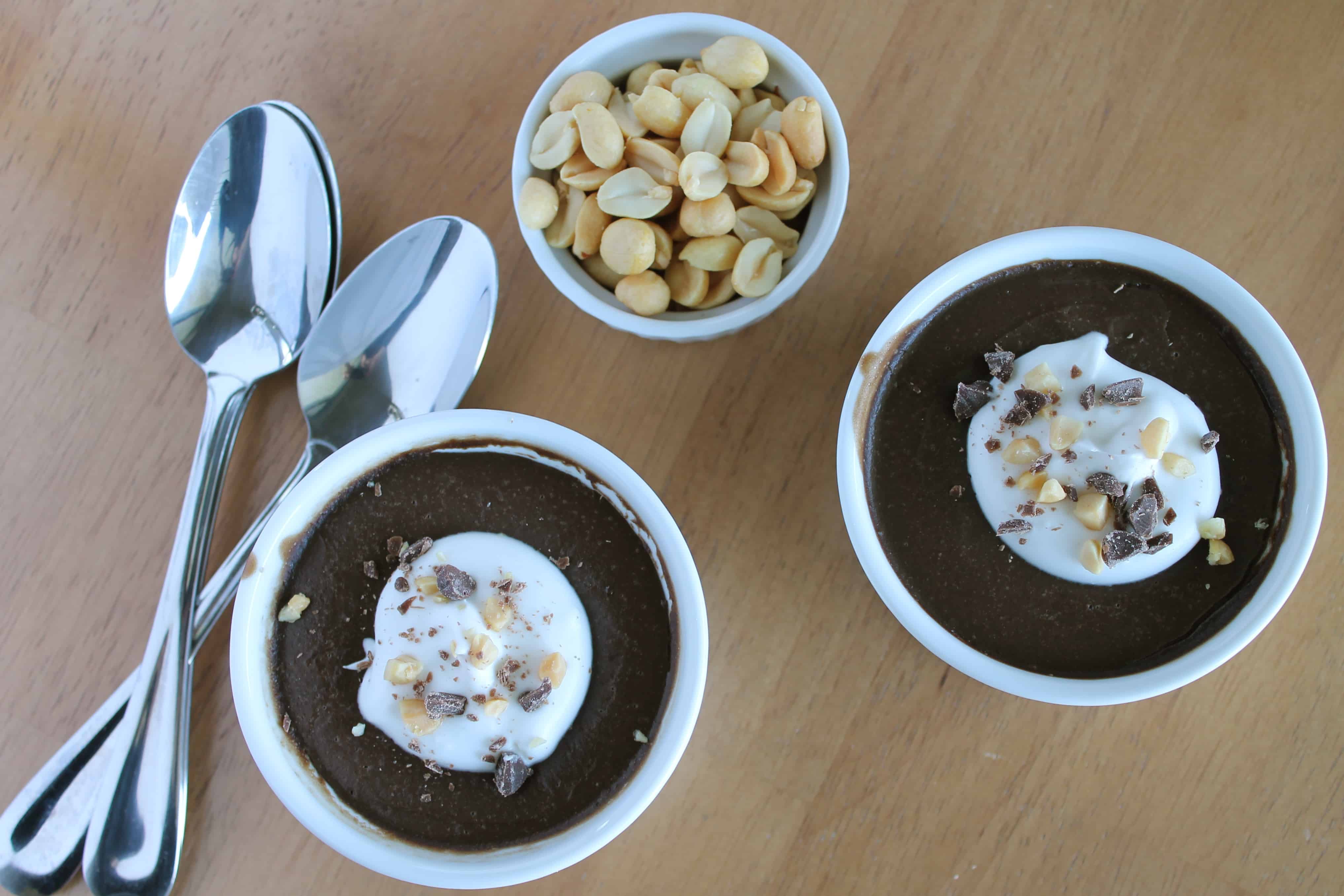 However, I’m not here to force carob on anyone. I’m pretty sure this recipe would work just as well, if you want to use chocolate instead of carob. Vegan chocolate is pretty easy to get a hold of,  and I think chocolate peanut butter pudding would be simply splendid. Moving on…

Why don’t you just have a taste of this?! 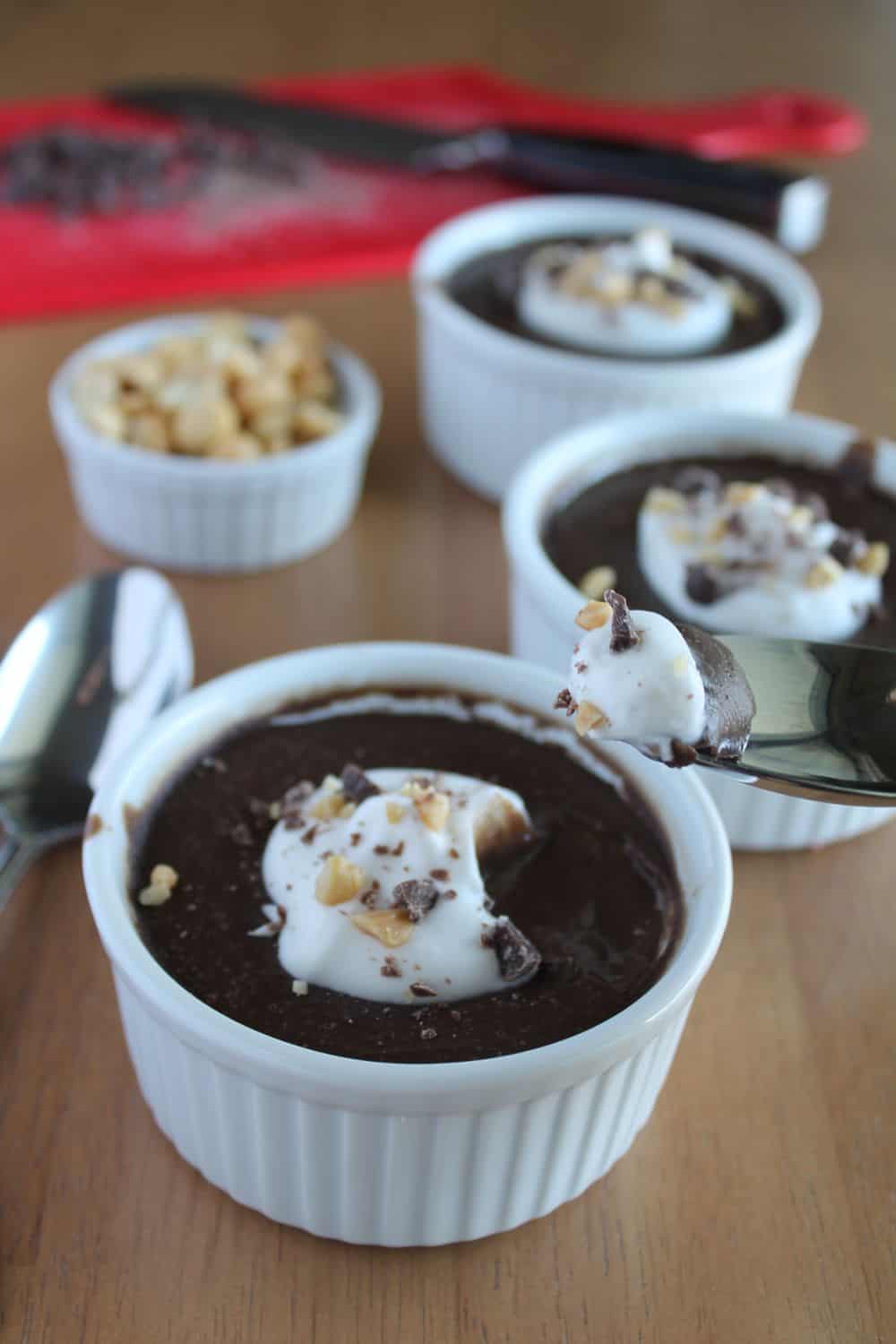 What I love most about this recipe (besides the taste) is that it is soy and gluten free, so almost anyone can enjoy it. And, it is chocolate free, so even your dog could enjoy it! I know there are a few crazy people out there who would totally share this dessert with their dogs. :) I think it’s wonderful.